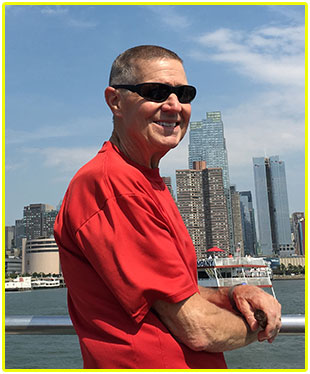 For some time now, I have intended to write a personal statement of what I believe and why. It seems to me that what a person believes is what truly defines him, but we rarely take the time to examine those beliefs, much less to write them down for our own benefit and the benefit of others. So it is after much introspection that I will attempt to define my faith and explain why I believe as I do.

I am a Christian. That is, I believe that the historic Jesus who lived on this earth about 2000 years ago is God Incarnate, God in the flesh. I believe that he came to earth to pay the price for the sins of all people. The bible says everyone is sinful and we all fall short of the glory of God. The bible also says the wages of sin is death. I believe Jesus who was sinless paid the debt of sin by going to the cross for us. I believe he died on the cross and was buried in a tomb. I believe he rose from the dead and revealed himself to his disciples and many others before being taken up into heaven. I also believe that he will return to earth in the near or distant future.

I tend to be rational in my approach to most things. As a result, I have struggled from time to time with my faith. I have sought reasons to support my beliefs. My personal testimony is the most compelling proof I have that my faith is founded on truth.

I know the person I was before I accepted Christ as my savior, and I know the person I am now. I am not going to share everything with you, but I can tell you this: I was not a nice person before giving my life to the Lord. I drank too much. I smoked too much. My language was profane. I was an angry, unhappy person, selfish to the core. I was a pleasure seeker with very low moral standards.

My life changed dramatically when I became a Christian. Some of the changes were obvious to anyone who knew me. My language changed. I stopped drinking and later I gave up smoking. But most of the changes were more personal. They were internal, spiritual. I am a different person today. I am a better person, a happier person. I am not perfect by any means. I am still a selfish person. I'm working with the Lord on that one daily. And I still have some areas where I am vulnerable to temptation. Still, the simple fact that my life turned around as dramatically as it did, not because of anything I did, but because of a simple decision I made to accept Jesus as my savior, is the strongest argument I have that the Lord is real.

The life of the apostles offers another strong argument for the truth of the biblical accounts of Jesus. The truth of the Gospels rests on the resurrection of Christ. Without the resurrection, Jesus is just another man, but if he indeed rose from the dead, he is God. All of Jesus' disciples paid a high price for their loyalty to him after the crucifixion. According to church history, all of them except John were martyred, and John was exiled to the island of Patmos where he lived out his life in lonely isolation. A sane man will not give his life for that which he knows is a lie. Either these men saw Jesus alive after they witnessed his death on the cross or they were all delusional.

Certainly, men throughout history and even today sacrifice their lives for lies, but they do so unwittingly. If the apostles knew that Jesus had not risen from the dead and if they had partaken in a conspiracy to lie about the resurrection, it is inconceivable that they would have held to that lie through torture and death. What would be gained by that? Yet these men, all of them, suffered unimaginable torture without wavering. I can only come to one conclusion: they saw the risen Jesus and knew their testimony was true.

Paul is another example. Paul was a devout Jew who persecuted Christians. It was while he was on his way to Damascus to round up Christians that he experienced the risen Christ. As a result, his life was so profoundly changed that he endured manifold hardships in order to carry the message to the unsaved world. He recounts these in his second letter to the Corinthians: "Five times I received from the Jews the forty lashes minus one. Three times I was beaten with rods, once I was stoned, three times I was shipwrecked, I spent a night and a day in the open sea, I have been constantly on the move. I have been in danger from rivers, in danger from bandits, in danger from my own countrymen, in danger from Gentiles, in danger in the city, in danger in the country, in danger at sea, and in danger from false brothers. I have labored and toiled and have often gone without sleep; I have known hunger and thirst and have often gone without food; I have been cold and naked."

His ultimate fate was death by beheading after spending years of house arrest in Rome. I can only conclude that Paul actually saw the living Jesus on the road to Damascus and that his testimony was true.

When I examine the history of the Jews, I am once again led to the same conclusion: the bible is true. This small race of people has survived 5000 years of tremendous persecution. No people in the history of earth have had to endure the persecution perpetuated on the Jews. The Jewish people were enslaved by the Egyptians; they were enslaved and exiled by the Babylonians; they were dispersed throughout the world with no homeland for almost 2000 years; they were persecuted wherever they settled. In the past century, six million of them were exterminated by Hitler, and untold thousands were killed in pogroms and campaigns by Stalin. Today they are victims of countless terrorists' attacks around the world. And yet they have survived it all. There are only about twelve million Jews in the world today, yet their influence in medicine, law, the entertainment industry, and many other professions is unequaled.

Think of this, most of the other tribes or nations of biblical times have vanished. There are no more Hittites or Amorites or any of the other "ites" still around. The Jews alone have survived and thrived even in the face of the relentless persecution they have faced. I see that as the hand of God, and one more validation of the veracity of the bible.

Why is anti-Semitism so widespread throughout history and still today? Have you ever thought about that? Jews don't look different or dress differently, with the exception of the Hassidic Jews in Brooklyn. They are tremendously productive, paying their way in every culture where they've ever settled. They are non-violent for the most part. There are very few Jews in our prisons. There really are no rational explanations for anti-Semitism. But there is a spiritual reason. Satan hates the Jews. God revealed himself first to the Jews. Jesus was a Jew. The role of the Jews is essential to events which will unfold prior to Jesus' return. I believe anti-Semitism is spiritual warfare. By eliminating the Jews, Satan may believe he can alter his ultimate and foreordained outcome.

The prophecies concerning the time preceding the return of Jesus are called End Times or Last Days prophecies. They are primarily found in the books of Revelation, Isaiah, Ezekiel, and Daniel. The gospels of Matthew, Mark, and Luke also record End Times Prophecies which are spoken by Jesus to his disciples. These prophecies when taken together seem to indicate a world much as it is today - a world of famines and earthquakes, wars and rumors of war, and nation rising against nation. It's easy to say that has been happening since the days when Jesus walked the earth, but perhaps it's never been more evident than it is today. Some of the prophecies are harder to explain away. In Isaiah 66, there is a prophecy that states that Israel will be rebuilt in a day. That happened on May 14, 1948. The book of Revelation speaks of a time of great distress experienced by the world. Out of the chaos a ruler will emerge who will look like a savior, but who is actually the anti-Christ. As I write this, the United States and most of the rest of the world are mired in a recession that keeps getting worse with no end in sight. Could a worldwide financial collapse offer the opportunity needed for a multi-national leader with solutions? For me, it is difficult to watch the current news and not see biblical prophecy developing before our eyes.

The existence of evil is another reason I believe in the God of the bible. That seems paradoxical, I know. I hesitate to even include this in the discussion. It is hard to establish by reason. Why would a perfect and holy God allow evil in his creation? Granted, I have asked that question as I'm sure everyone has. I can't answer it, but the bible states that we were created in the image of God. Man without free will would not be in the image of God, but would more likely resemble a robot or puppet. According to the bible, evil began in heaven when Lucifer, the most wonderful of all the created beings, and one-third of the angels rebelled against God's authority and were cast to the earth where they have caused turmoil, heartache, and pain from the beginning of man's appearance on this planet. That's a difficult tale to accept, I know. It sounds like mythology, but give me a better explanation of evil on the earth.

If man evolved, why would he choose to follow a path of evil? Why would there be wars, bitterness, and hatred? Wouldn't it be to man's benefit to get along in harmony? Wouldn't a world as depicted in John Lennon's "Imagine" make more sense than the reality of John Lennon's murder? Where did selfishness and greed come from if not from an outside force intent on causing death and destruction - a spiritual force beyond the boundaries of sight and sound? It's just a thought.

Finally, we come to the conclusion of my "Statement of Faith." The final proof of Christianity is this: It works. By that I mean, that if we all followed the precepts that Jesus taught, think of how wonderful this world would be. Serve; don't strive to be served. Love your neighbor as yourself. Do to others as you would want them to do to you. Here's the thing I have found: The closer we come to these ideals, the more things work the way they are supposed to. Marriages work better. Kids don't rebel against their parents as often. Orphanages are established where lives are transformed. Hospitals are built. Homeless shelters house and feed the poor. Show me another religion that has done more to help others. Certainly, some very bad things have been done in the name of Christianity, but not because those involved were following the teachings of Jesus. In every case, you can name, those involved trampled the teachings of Jesus.

The most important day of my life was the day I gave my life away - to Jesus Christ. Once more, the words of the savior ring true: "Give and you will receive." I gave my life, but I have received infinitely more in return.

I welcome your comments. You may email me at tim@grahamftiness.com.

Serving You with Three Different Locations in the Greater Columbia, SC Area

Connect with Graham Fitness
Latest News from Your Trainer